← Back to News Feed

Join us on Thursday, September 29th for the start of our hybrid fall lecture series!

This fall Historic Cherry Hill is hosting a hybrid lecture series exploring Albany in the Gilded Age. Glimpses of the Gilded Age will feature both in-person and virtual lectures. For our first lecture, we are partnering with Elizabeth Stack, PhD, the executive director of the Irish American Heritage Museum.

“Labor, Learning & Lobbying: The Irish in Gilded Age Albany” will be held on Thursday, September 29, 5:30 at the Irish American Heritage Museum and live streamed on Youtube. 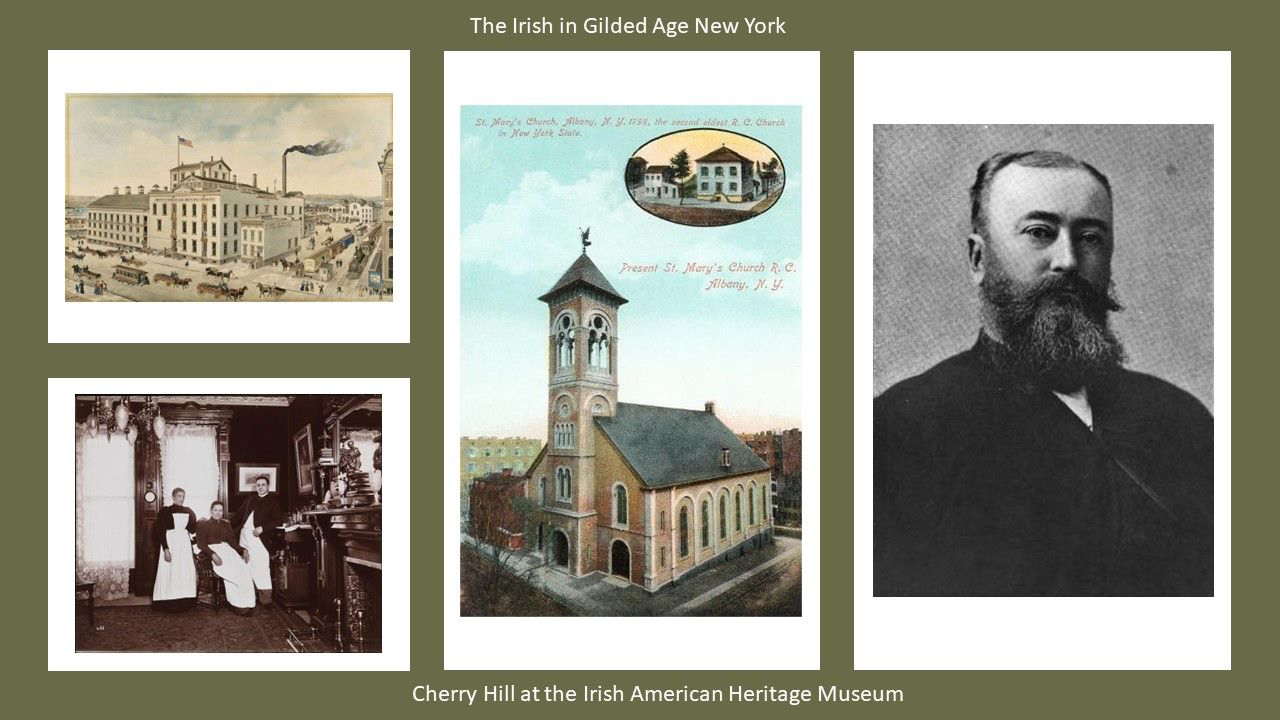 The Gilded Age was a period of gross materialism and political corruption which began after the Civil War and lasted through the turn of the 20th century. During this period, many of Albany’s Irish Americans struggled to support themselves as laborers and maids, often dealing with anti-Catholic sentiment. Yet a growing sense of solidarity and power emerged within the group as many were lifted out of poverty and became involved in politics and civil service. The Irish were increasingly involved in labor, politics, and education while navigating the pitfalls of this most interesting of times!